The PDA is an omni-present feature of Vendetta Online. It is where pretty much everything will be done, from missions to navigation to character statistics. A sample can be seen below: 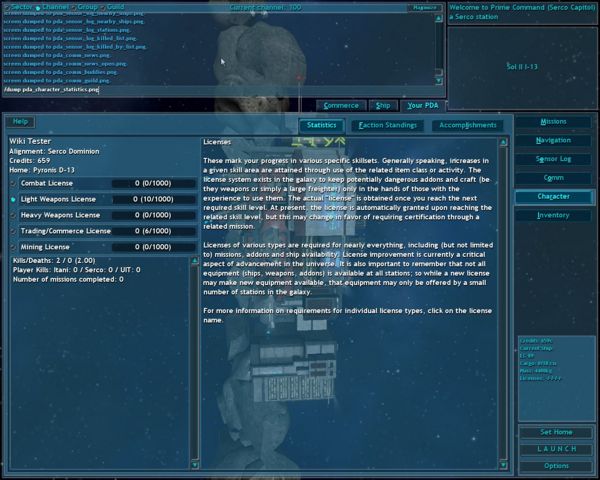 There are some common features to the PDA. In the upper-left is the chat area, which is shared with the Station Interface. In the upper-right are two panes that vary depending on whether the PDA is invoked from in station or in space. If invoked from in a station, the panes will display the current station's name, and your galactic coordinates. If invoked from in space, the panes will display your Target Info in the same format as your HUD and your galactic coordinates. The only other difference between your PDA when invoked in space and when invoked in station is that in station, there are horizontal tabs labeled "Commerce", "Ship" and "PDA", which do not appear in space.

Along the right-hand side of the screen are the main PDA tabs: